They say that people go there when they're ready to die. They say Death himself is a patron. That's where the tavern gets its name. Azrael's Stop. Watering hole for the Angel of Death.

But that's just rumour. Ceph doesn't trade in rumour. He just serves drinks. Except, of course, that every couple of weeks, someone dies at Azrael's Stop.

Azrael's Stop is an experimental fiction and music project, about life, death, and friendship. It is the story of a mystical tavern and how the people who go there develop over the course of a year: Ceph, the seventeen-year-old bartender who has seen all his loved ones die; Tom, the depressed old man, whom death will not take; Rye, who visits every day, though he died a year ago; Nael, the blind minstrel who saw war too young; Lona, the mysterious hunter of the dead; Trin, the girl who refuses to deal with her past; and the crow who watches over it all, cawing only when someone dies in Azrael's Stop.

Azrael's Stop is part of a larger storytelling project by Silverstring Media, Inc., and is best enjoyed accompanied by the Azrael's Stop Official Soundtrack, which includes music referenced in this story. To learn more, go to http://azraelsstop.com

The ebook comes in .pdf, .epub, and .mobi formats.

Purchase it for at least $9.99 and get the Azrael's Stop Official Soundtrack as well!

Or, complete your experience with Tales of the Stop, the sequel anthology of ten brand-new stories about Azrael's Stop, by paying $13.99!

In order to download this book you must purchase it at or above the minimum price of $3.99 USD. You will get access to the following files: 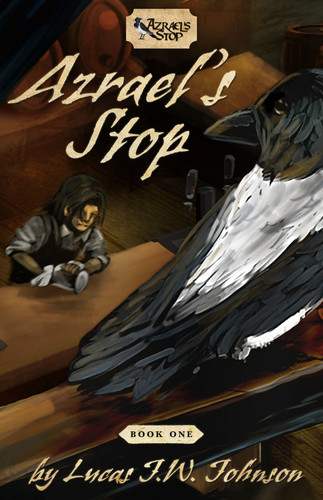 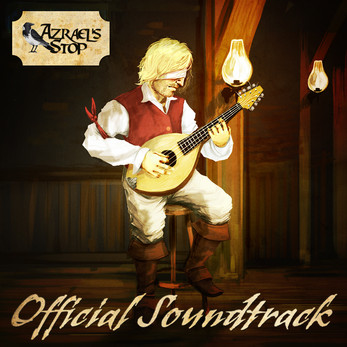 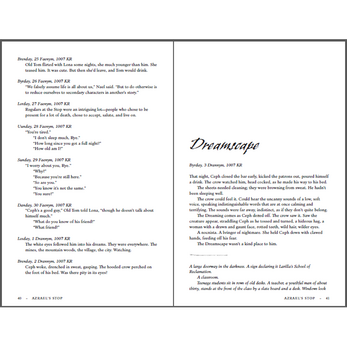